When David Grossman wrote his now-famous passage discussing sheep, sheepdogs and wolves in his book On Combat, he on several occasions paused to ensure the reader knew he meant no insult with his description of the sheep.  Throughout, however, the whole narrative drips with condescension towards the sheep (civilians that veterans and others often derisively refer to as “sheeple”), as he condescendingly shares his respect their decisions to be stupid, unaware and blind to real danger. Every bit of it is relatable.  Possibly the only redeeming quality to the arrogance is the reality that the sheepdogs, the protectors, will without a moment’s hesitation leap to protect the sheep with everything to include their own lives. Nevertheless, it surprises nobody that sheep congregate with sheep, sheepdogs with other sheepdogs, and both share a distaste for the other.  For the wolf there is little analysis.

There is nothing better than carrying a gun.  Nothing better than being empowered by your chain of command and President to make your own kill no-kill decisions (and good ones, mind you, because you’re both well-trained and infinitely professional). Nothing better than showing up back home among civilian strangers and being effusively thanked for your service.  There is nothing better than the free beers, the attention, the glory of being young, confident and good at something and, above all of it, the certainty of your position and station within the universe. Between the personalizing of the mission, frequent near-spiritual correlations between warriors, patriotism and defending the weak and God and Valhalla and damn don’t those dress blues look good, you really have nowhere else to go but down.

US military training is an art form.  From the recruiting slogans that suggest you’re a shell of a human being unless you serve to the USMC Senior Drill Instructor who swears he won’t give up on you even when you give up on yourself, you enter training as a misbegotten somebody, learn you are in fact nobody at all, but then leave some weeks or months later transformed into a Soldier, a Marine, an Other and not a civilian at all.  Civilians are the fools and cowards you benevolently claim to serve.  Then your country sends you off to shoot things and it cements the conclusion that you’re both incredible and incredibly different - perhaps irrevocably so - from the idiots you know back home with their boring little lives, suburban squabbles, meaningless jobs and preoccupation with fleeting self-gratification.  You, on the other hand, are a sheepdog and there’s no shortage of murderous criminals, terrorists and bad actors around.  They need you.  You, however, are entirely unaware of how much you need “it.” You’ve found the apex.

Continuing Grossman’s analogy, however, sheepdogs don’t work the fields indefinitely. The sheep get sold at market, the farmer switches to some other livestock, the sheepdog gets old, gets injured, or maybe it’s the farmer who does and then he cashes out.  Herein is the problem: if the sheepdog needed the sheep, the field and the wolf to have a place and a purpose, then the end of that arrangement presents a virtual crisis of belief.

20 years of war, several of them with two active theaters, have cultivated a generation of warriors (particularly young men) who have thoroughly adapted to the fight.  In truth, it takes but a few months to evolve to tolerate or even enjoy (sort of) a combat zone.  It’s a simple arrangement for the young grunt: eat, sleep (not enough), run patrols, shoot things whenever you get the opportunity, clean your weapon, repeat.  For the young and single, there are few other responsibilities or emotional attachments to get in the way. The combat zone is the best place to be, despite its risks, and everywhere else is boring.  Further, the operational tempo was often high enough to get the adrenaline flowing but low enough that your odds of getting blown to bits was comparatively low.  In that sense, there has been a video game-esque element to the asymmetric battlefields of Afghanistan and Iraq. You get hit, you go down, and then you “respawn” in another part of the map (or have no injury at all). Certainly the environment is austere and every combat vet knows at least one buddy who didn’t make it out in one piece, but body armor and vehicle armor eventually were good enough and the threat just low enough to maybe let you forget it’s actually a war.  War can be hellacious, but maybe isn’t actually hell anymore.  If it was, why would so many miss it?

Sure, trauma arrests development and yes, the male brain may not fully develop until the age of 25 (which is often well into or through one’s first enlistment), but neither conditions address the possibility that the identification as a warrior or sheepdog may inspire incomparable feelings of pride, belonging and purpose.  But then the sheepdog leaves the pasture.

Outside of that pasture, the sheepdog is immediately a herding animal looking for a mission.  But that gets old after a time; herding chickens, herding the neighbor’s kids, or just pacing around the yard looking uncomfortable.  The same could be said for the combat vet who leaves the military yet still views himself as the warrior looking for the fight.  Disregarding the countless layers of analysis worth exploring, perhaps the central issue is this: the sheepdog mentality of the battlefield, the mission, the uniform, the battlefield itself, the thank yous for your service and station in the universe are now entirely and permanently over and all those external factors around which you’ve built an identity for yourself are static at best and, in reality, ever further in your past. The sheepdog is actually just a dog now.

Reality: if you’re not in a uniform anymore, you’re a civilian.  One of the very people you probably hate.

None of this at all addresses the veteran with diagnosable PTSD, or a brain injury from blast exposure.  This is strictly how one identifies oneself.  Add diagnoses to the situation and it invariably gets more complicated.  Regardless, you’re now the very type of person you likely disdain, you have no externally distinguishable differences from them, nobody cares and, unless you bring it up, few likely know you even served at all.

And so you bring it up.  In fact, you can’t stop bringing it up.  It sabotages otherwise normal conversations, interesting parties, social events.  You might even become a broken record.  You get the attention you didn’t know you wanted but certainly appreciate, you take pride in having little in common with civilians, and have no interest whatsoever in changing that. Oddly, they’re happy, those slovenly and tactically unaware civilians, and you, with all your prowess and threat assessing capabilities, probably are not.

So what’s wrong with you? Beats me.  Everybody’s path is different.  Here, however, are a few things to think about:

The war is over.  Don’t keep creating one to feel like you fit in.

Popular posts from this blog 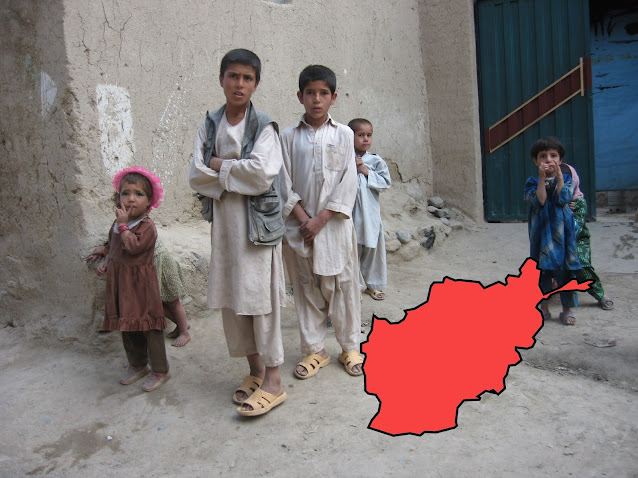 It is unusual for me to write about something as it happens.  Typically, I reflect on it years later and I sound much smarter for having done so.  The current circumstance is different, however, and the disquiet I feel (and I suspect many others) is occurring real time. In 2010, as a civilian under the benevolent protection of the 173rd Airborne, I spent a few months wandering through some breathtakingly beautiful and equally dangerous areas of eastern Afghanistan. The area has been the subject of numerous news articles, YouTube videos and mentioned in more purple heart citations than I can count.  The country was lovely, but the people would kill you. When you have a gun, you scan for threats; when you have a camera, you look at people.  The children are the more interesting subjects by far, as they are less able to conceal true emotions than their elders. Moreover, they tend to reflect whatever their parents told them to think rather than some ideological position of their own.  They
Read more